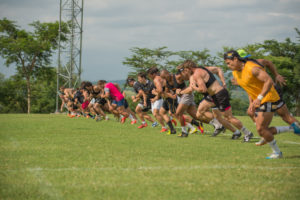 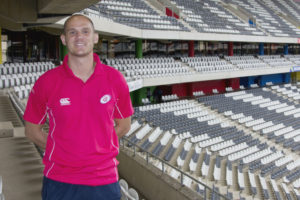 The rugby season is getting underway, with the first test for the Steval Pumas coming in the form of a warm-up match against the Lions in eMalahleni this Saturday. Building up to the SuperSport Challenge at the end of April, the men from Mpumalanga will also face Western Province and the Sharks in away matches over the coming weekends.

Steval Pumas head coach Brent Janse van Rensburg has been overseeing a long off-season of training and preparation. Janse van Rensburg said that the warm-up matches, against strong opposition, would allow the side to put into practice all the hard work on the training field.

“It’s a great opportunity for us to get some continuity and rhythm in a match context. It’s been a long pre-season but this is why the players train: to put together all the things they’ve been working on and test themselves against some very strong opponents,” said Janse van Rensburg.

He added that the side has made good progress in meeting its main goals, which include building a strong culture, operational efficiency and discipline.

“I feel that the discipline in the squad has improved a lot, the work ethic is very strong and we’ve seen a lot of improvement from a conditioning perspective. As long as the players have the appetite to improve and grow as rugby players and human beings we’ll achieve what we want to achieve,” Janse van Rensburg said.

The match on Saturday kicks off at the Witbank Stadium at 15h00. Two curtain raisers will get the rugby action underway – the Witbank Vets against the Lowveld Barbarian Vets at 11h15 and the Highveld Pumas U20 versus the Lowveld Pumas U20 at 12h15. Tickets for adults cost R25 and kids R10, with children in uniform and under 2 years of age getting in for free.

Fans can wish the Steval Pumas luck for the match personally and get some signatures at the Vodacom Shop in the Highveld Mall between 11h45 and 12h45. You’ll also stand a chance to win free match tickets and awesome Vodacom giveaways.

Due to this being a friendly game we have made available a 29-man squad to rotate during the 80-minutes to get good game time.