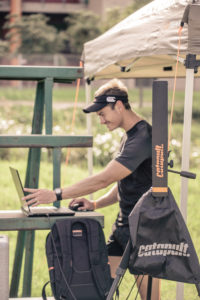 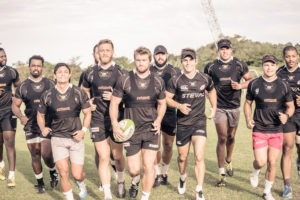 The Steval Pumas have today announced a major new partnership with Catapult, the industry leader in advanced wearable technology and analytics. Catapult will provide the team with cutting edge Optimeye X4 wearable technology to provide scientifically validated analytics, which will enable the Steval Pumas to accurately monitor player performance and workload from training sessions and matches.

The coaching staff at the Steval Pumas will now have access to live data during training, as well as sophisticated software that analyses the data in a clear and easily understandable way. The partnership will make use of Catapult’s OpenField™ technology, which allows coaches to investigate trends and patterns, rather than just compiling reports.

Catapult supplies wearable technology to around 1,000 elite sports teams worldwide, making it a proven leader in the field. Having used GPS technology since 2015, the Steval Pumas were looking for a new system that would take player monitoring and data analysis to a new level. After discussions with Catapult, the Steval Pumas were supplied with 30 of the company’s Optimeye X4 units at the beginning of 2017.

“We had been looking for certain variables that could help us in terms of performance and these units have given us everything we need. They are more accurate, user-friendly and versatile than anything we’ve ever used before,” said Steval Pumas strength and conditioning coach Tobias van Niekerk.

Rob Arkell, also a strength and conditioning coach for the Steval Pumas, said “The technology not only allows us to improve player performance, but also keep players within the safe zone in terms of their workload. The more we use it, the more benefits we’re discovering.”

The Catapult partnership has already played a role in preparing the Steval Pumas for their warm-up matches (starting with a game against the Lions in Witbank next Saturday) and the SuperSport Rugby Challenge kicking off in April.

“We are happy to partner with Catapult on this venture, as they are current proven leaders of the industry. We are confident that using their systems will be hugely beneficial for the advancement of our rugby players and the union’s overall competitiveness,” Burger said.

Luciano Tomaghelli, Head of LATAM and South Africa at Catapult, said: “The Steval Pumas have a highly innovative and forward-thinking coaching staff and we are proud to be working alongside them to take their performance to the next level. The partnership will empower their coaches by providing validated data to inform their decision making process, and we know they have already begun to see the benefits of the technology in recent training. We wish them the very best of luck for the coming season.”