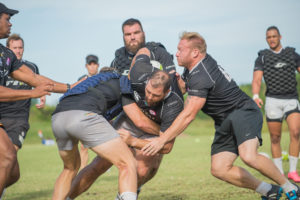 The Steval Pumas are looking forward to another stern test against Western Province at Newlands this Saturday, as final preparations for the SuperSport Challenge gather momentum.

The Mpumalanga side will make the long trip to Cape Town for their second warm-up match of the season. This past weekend’s clash in Witbank against the Xerox Golden Lions resulted in a narrow 19-16 victory for the visitors, but has given the Steval Pumas’ coaching staff a valuable indication of the aspects that need work ahead of the SuperSport Challenge.

“This match will be a lot more abrasive than last weekend because of their defensive mindset. They’ll get guys to the deck quickly, be hard at the breakdown and try to slow our ball down. Essentially, we have to be mentally up for it, be prepared to outwork them and endure a number of phases with ball in hand. The game will require a lot of work ethic,” said Janse van Rensburg.

Speed to the ruck, defensive width and line speed and tidying up at the lineouts have all been focuses for the side in training this week.

“Getting momentum will be a challenge so we’ve got to consider how we’re going to handle that. Essentially this is still very much preparation for us, so we’re still looking to try out a few things and test combinations,” Janse van Rensburg stressed.

The Steval Pumas will have to deal with several new injuries from the match against the Lions. Reynier van Rooyen, Ruwellyn Isbell, JP Lewis and Jannie Stander add to the long list of players currently on the sidelines.

“We’re looking forward to having a fully-fit squad of guys. But that’s still a long way away. For the moment this gives us a good opportunity to develop the rest of the squad and for players to put their hands up,” said Janse van Rensburg.

The match against Western Province kicks off at 12:25pm. Keep an eye on the Steval Pumas Facebook page Twitter feed for live score updates from the game.

Photo: Steval Pumas working hard during training week, ahead of the Western Province warm-up game on Saturday in Cape Town.